As I mentioned last week, we bought at second home in Florida a little over a year ago.  My daughter is a highly nationally ranked tennis player and she has been training in Florida and playing many tournaments down here, so it made sense to buy a second home. 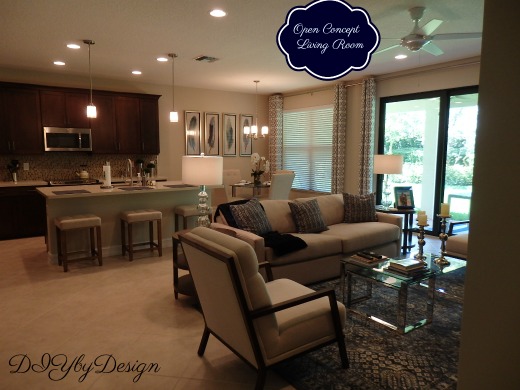 In this home we have an open concept living room and kitchen.  It's kinda cool.  I enjoy making breakfast in the morning and having the big screen television from the living room right there. 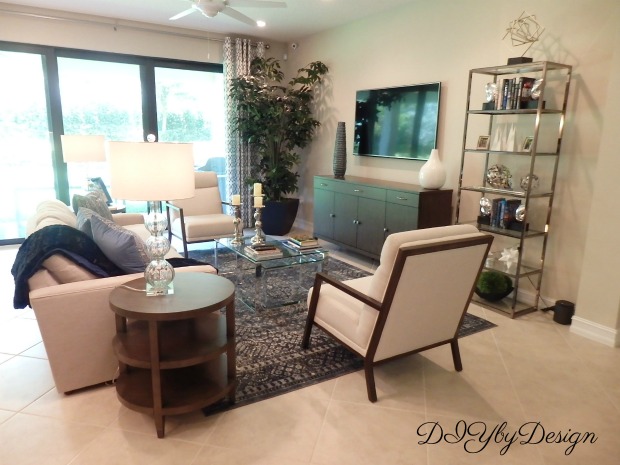 We continued the blue and white color scheme throughout the majority of the house.  It really makes the house flow well.  I rigged the lamps to work off of Alexa  - which is awesome when I get home I just ask Alexa to turn on the lamps. 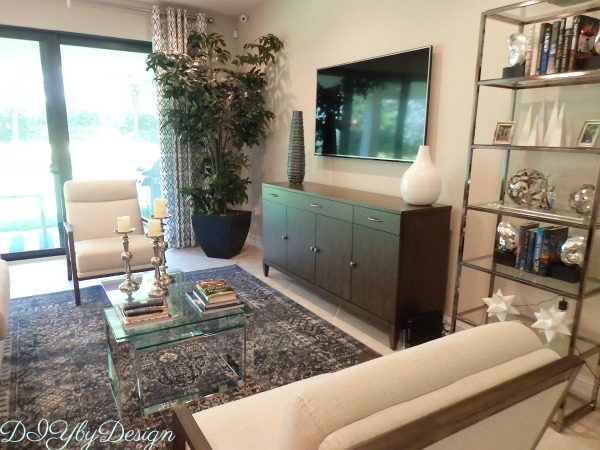 A dining room credenza acts as a television unit and is flanked by a glass bookcase and a large faux tree.  The area rug was an awesome find at Home Goods on my last trip down here in January.  Open and airy is the look we are going for - nothing too heavy looking. 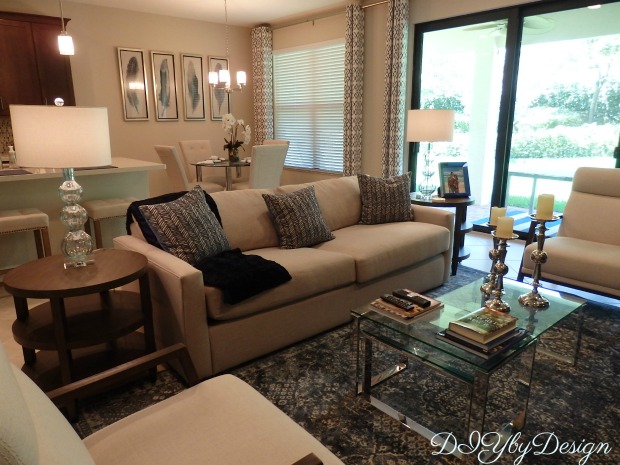 It actually gets quite chilly in this house, so a throw became a necessity.  This throw is a faux fur throw from Dennis Basso and gets used all the time.  The lamps are Home Goods finds as well. 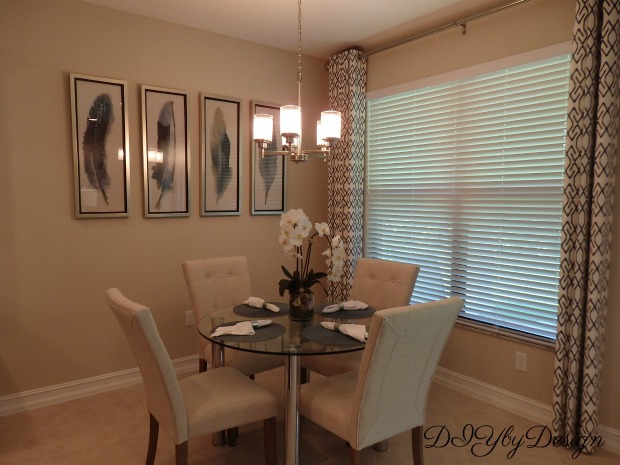 There are two options for dining in the kitchen...either at the counter or at the kitchen table.  Even when it's just me and my daughter we seem to use both areas equally. 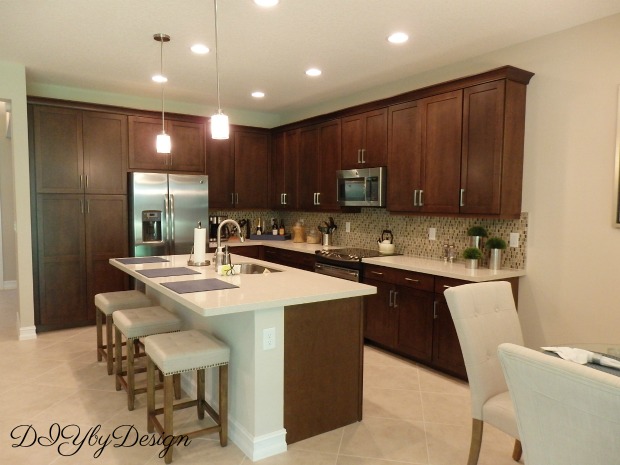 The kitchen is a nice size for a second home.  It's plenty large to work in on a daily basis.  I like that the counter stools don't have a back so they take up very little visual space. 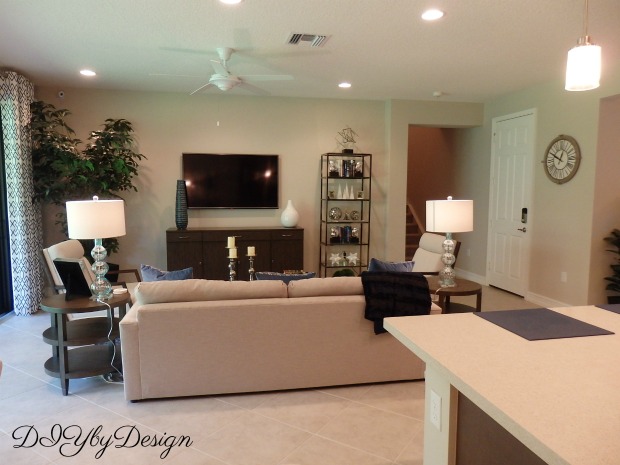 Here is the view of the living room from the kitchen.  Open concept all the way!  The clock is a find from Target. 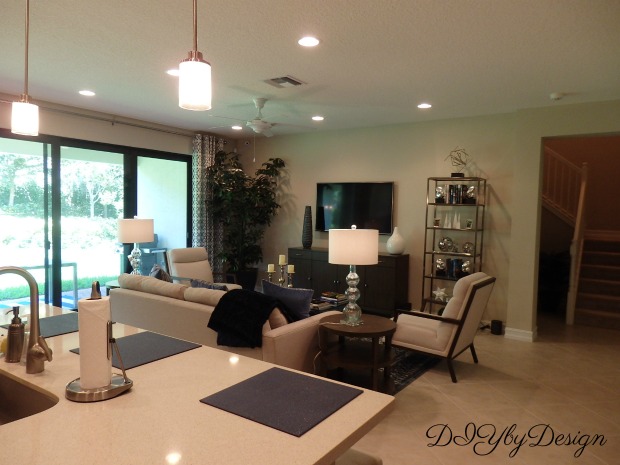 Hope you've enjoyed the tour of my Florida home living room and kitchen.  Can't wait to hear what you think.

I love it, you have it decorated so beautifully too.

How blessed are you to have a second home and especially one this beautiful!

Its always good to learn tips like you share for blog posting. As I just started posting comments for blog and facing problem of lots of rejections. I think your suggestion would be helpful for me. I will let you know if its work for me too.
large area rugs