I've been talking about this for a while, but I finally have gotten around to starting to work on the bonus room off of my son's room. It's a tough room because it has to fill so many needs.
I rarely share this room because it always looks like a mess to me when I walk by the room. 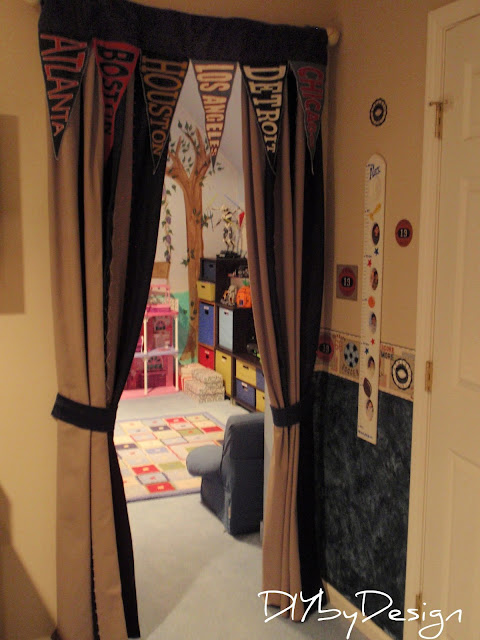 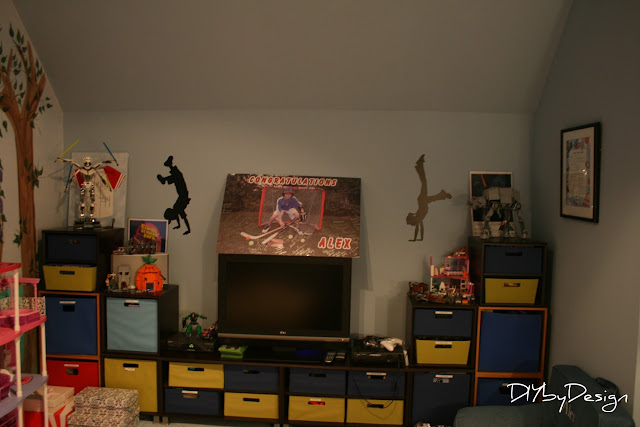 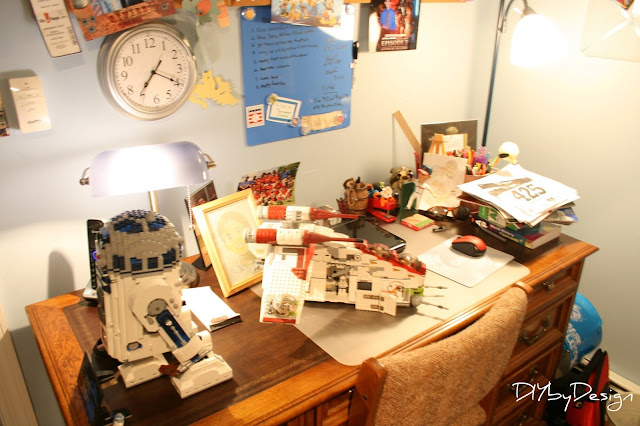 Part of the reason this project has taken so long to get started is that the bookcases I wanted to purchase from Ikea that are the perfect width, didn't seem to be the perfect height.  The height of the ceiling before the ceiling slopes is 78 1/2".  The Billy bookcases I was considering are 79 1/2" high.  Then it hit me on the plane ride back from Michigan last week.  The ceiling slopes up so I only gain height if I pull it away from the wall a little, which I would have to do anyhow to get it even with the existing piece that holds the television in the room.  Did I lose you??  I think it will all make sense once I'm done. 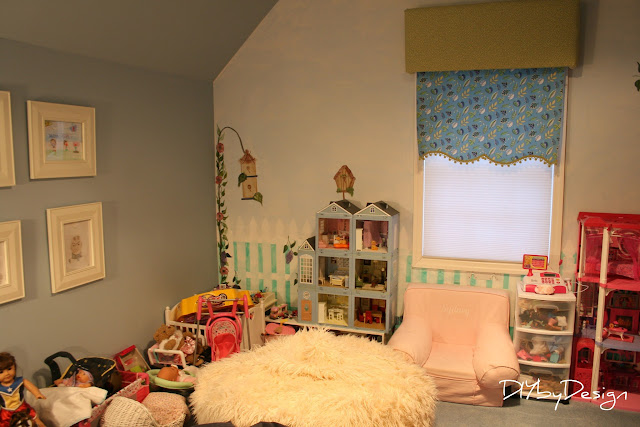 So I spent hours the other day going through the toys and figuring out what could stay and what could go.  I started the rearranging process and went to Ikea and purchased the two bookcases.  This weekend I hope to start to put it all together.   I can't wait to share it with you.  Have a great weekend.
-Judy

What a cool bonus room. Can't wait to see what you have in store.

I'm in the same boat....need more storage for Lego creations...lol....Looking forward to what you are getting at IKEA..Christine from Little Brags

Such a great project, Judy! I found it a little bittersweet when I had redone my kids "play room" years ago at our old house. We wound up turning it into a little den or a place for them to hang out with their friends {since we had the great room for ourselves}. I'm looking forward to watching you transform this room!