Keeping up with technology is hard enough.  Having your home keep up with technology is even harder.  When we built our house in 1999, things like HDMI cables and Ethernet did not even exist.  The concept of WIFI was something out of a Science Fiction movie.  Once you close up the walls, adding things like Ethernet and other “in the wall” technology is very difficult unless you planned ahead (see some thoughts on this below).   Recently, we upgraded the television in our home theater (my husband wanted the latest technology but swore he would wait until our old Mitsubishi 65” rear projection TV died).
Fortunately (or unfortunately) it began dying a slow death in November and finally succumbed to its illness this past February.  As a result, my husband was able to upgrade to a 70” Sharp Aquos 3D LED television.  Basically, everything you might want in a home theater.

Our old TV used component video cables (the latest technology at the time) to carry the HD video signal from the cable box and the DVD player to the television.  Because we set this up as a true home theater, the equipment is located in a closet adjacent to the theater room but on a separate wall from the television, so that when you watch a movie, all you see is a BIG screen. 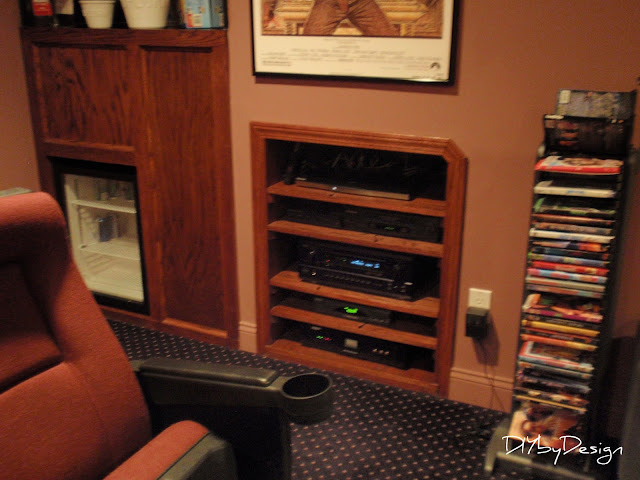 The advantage to this is no blinking lights or clocks when you watch a movie or TV show – a true theater experience. 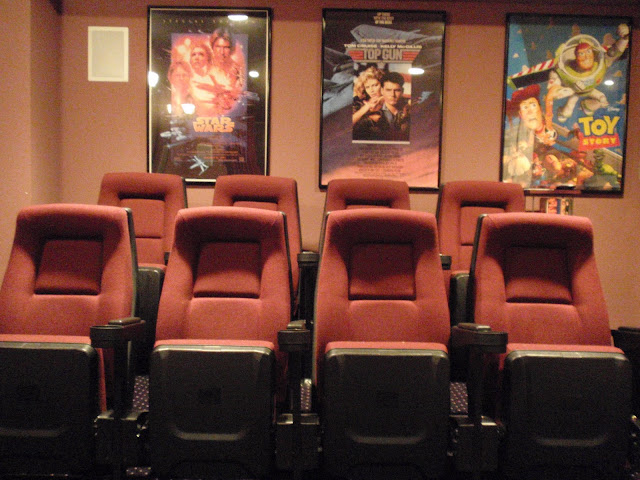 The disadvantage is that once you close up the walls, all of the wires that you ran are there to stay and upgrading to the new technology (i.e. HDMI) might seem impossible or, at least, very expensive and messy.

The transmitter and receiver “talk” to one another and a crystal clear fully HD (1080p from a BluRay and 1080i from your cable box for all you video-files) picture is sent to your television.   The added bonus is it carries 3D imaging as well.  The brand he bought boasts a 100 foot range and doesn’t require line of sight.  We didn’t need this functionality because the equipment is only 8 or so feet away from the television but it’s great to know it has the capability.  This technology also works well if you plan to install a projector in the ceiling and cannot figure out how to get the HDMI cable up there (you still need to get electricity up there so you may be opening walls anyway).  We went with Iogear’s Wireless HD Digital Kit for about $200 on Amazon.com.

Some other thoughts on home automation:

While we all have learned to love WiFi, the number of WiFi devices in our homes has increased exponentially.  This tends to slow down capabilities especially when trying to move large files, like streaming video from Netflix or Vudu.  There is nothing more frustrating than while watching a movie getting an “error” message or a "buffering" message on your television.  Really takes you out of the moment.  There are solutions here too.

We have installed WiFi extenders in our house.  Basically, they take the WiFi signals from your router (which is most likely attached to the main computer in your home) and help boost the signal to locations farther away or where there are many walls between your wireless device and the router.  This device works well boosting your WiFi signal to your backyard so that you can sit at the pool and search the Internet on your iPad.  We have found that it doesn’t help that much with boosting the signal for movies however.  My husband is currently researching powerline Ethernet adapters.  Basically, they let you use your own in house electrical wiring to carry data from your computer to another location in your house.  While this sounds a lot like “wireless”, it really is “wired” because it is using your home's electrical wiring to carry the information.  The technology requires an adapter at each end, one plugged into your router, and an electrical outlet, and one plugged into the device receiving the data (a BluRay player or television with internet capabilities), and an outlet.  Again, the advantage here is you do not need to open up the walls to get information from one device to another. 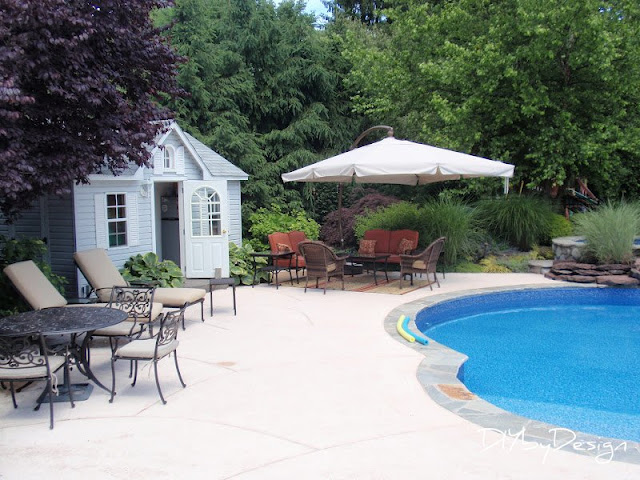 Finally, if you ever do have the opportunity to have walls open in your house (or holes dug outside before the adding of a pool or patio), consider having the contractor put empty PVC piping into the walls with access on both ends (in the attic and in a basement, or on either side of a pool or patio).  This will allow you to add wiring in the future without the need to open walls or consider alternative technology.  Remember to always follow local building codes- not all wiring can be done this way and certain wiring cannot be combined in the same piping as other wiring.
-Judy

Oh my word... all of that is completely above my head... husband & I have chosen not to even have cable @ our home... BUT @ our lake house, our 3 grown sons are all over that kind of stuff & we are all wired up (or wireless : ) & have tv's in just about every room...we renovated that house, & were able to hide all cables & such...it took some thinking & research on thier part.. I am just enjoying it.
Your home theatre is fabulous!!

We rebuilt this house a couple of years ago and have everything hidden in the walls, too, with easy access if we need to get at major points. We do have the projector type screen though and like it quite well. I am not the movie buff in the family but hubby and grands are. Lots of info here, Judy! xo Diana

This article has some great and useful information about this subject. Thank you for sharing it in an easy to read and understandable format. Thanks for sharing this great information.
Carpet