My Weekend in Binghamton 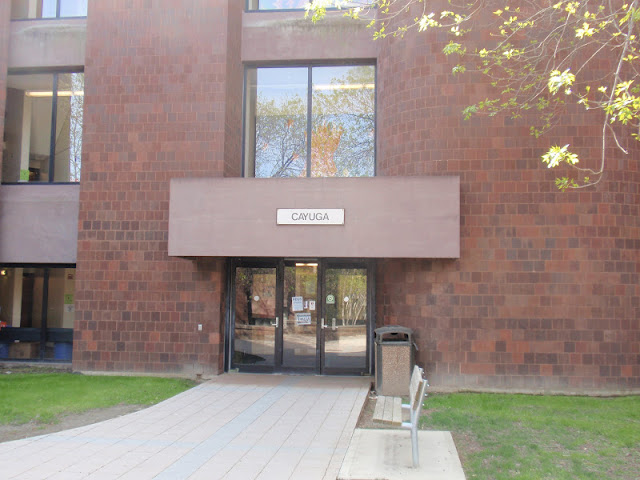 On Saturday we had some time between matches to go and visit the campus.
I took her to the dorm where I lived my first two years. 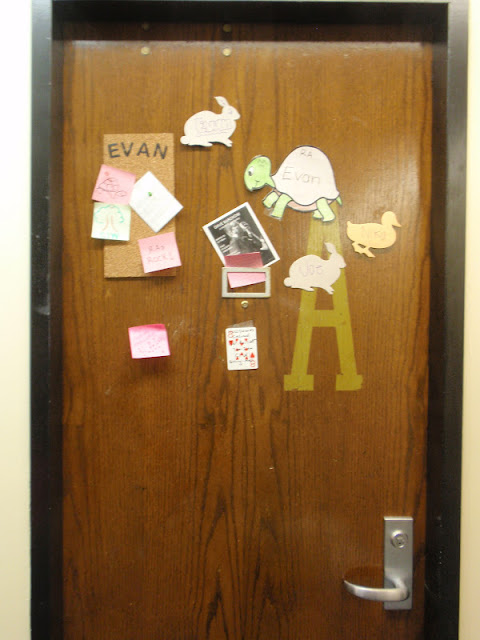 One of the students was nice enough to let us in the building.  I lived in the A suite in Cayuga which is in College in the Woods.  When I went to Binghamton, this was "the place" to live.  As it turned out the RA who lives there now came out while we were there and let us in.  It was so cool to go back inside.  It looked exactly the same! (except for the fact that now it's a boy's suite).
Here is a photo of me, circa 1987, standing in front of this same door. 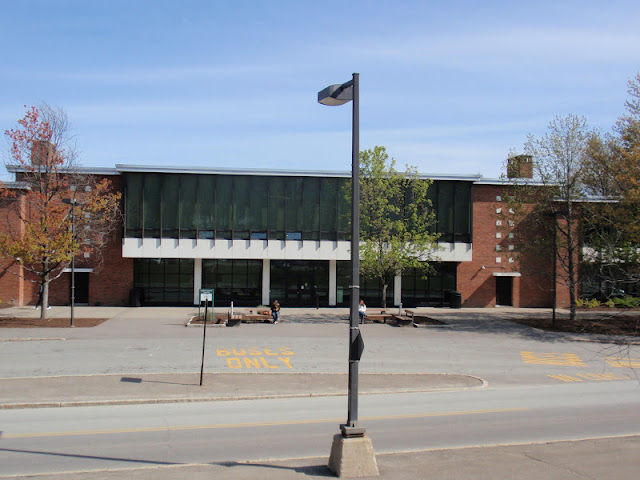 I showed my daughter the student union.  Back when I attended Binghamton, this is where everyone met for lunch.  Each dorm had their own cafeteria, but you could get "better" food at the Mini Mall (it was like a mini food court).   I think back...it's amazing how we were always able to find each other.  There were no cell phones, there was no texting.  You would actually have to make plans in advance or just hope to run into each other.  Sadly, it seems that there is no longer a Mini Mall. 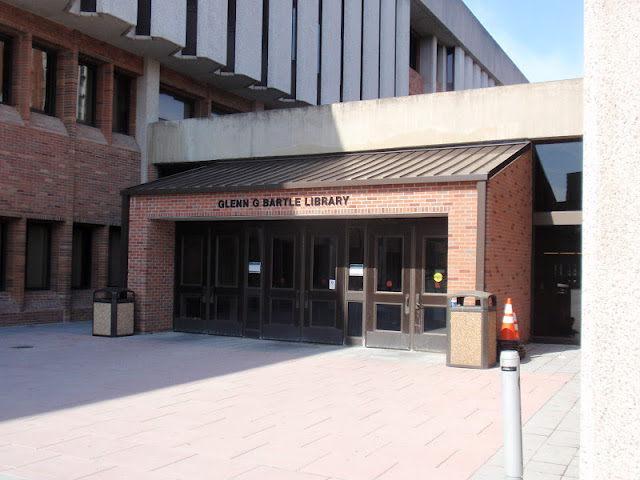 At first I had a little trouble getting my bearings as to where everything was, but then it just started coming back to me.  I graduated over twenty years ago (YIKES!!!).  Seriously it feels like yesterday.
I also forgot how darn cold it is in Binghamton.  After a while my daughter had enough of the tour of the campus.  She was freezing and not nearly as excited as I was.  She was sweet about it, but I could tell that she wasn't exactly riveted.  It didn't help that is was 10:30am on a Saturday morning so it was a bit quiet at that hour.
The third thing I was so excited about, and probably most special part
of the weekend, was this meeting... 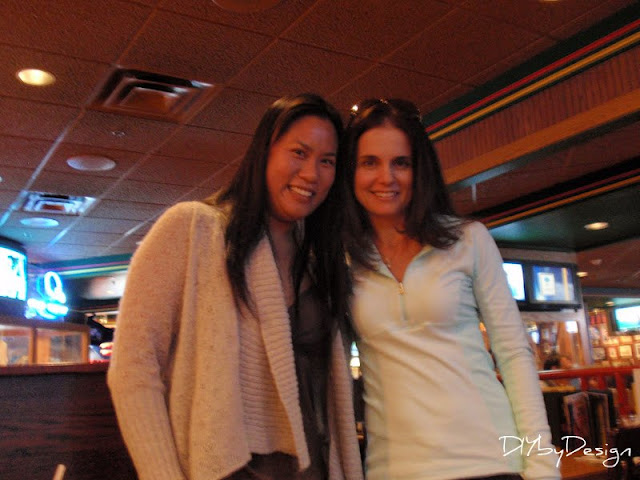 That's me with Marcia from Sugar and Spice in the Land of Balls and Sticks. She is one of my blog friends.  I knew that she lived in the Binghamton area, so last week I dropped her an email telling her I would be there this weekend.  We made arrangements to meet up. 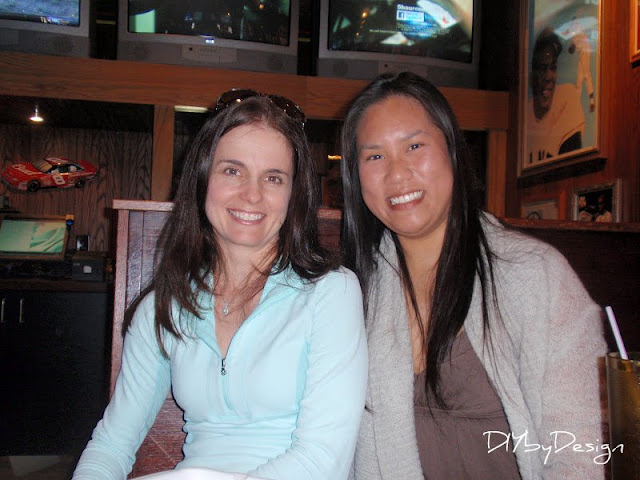 She is so sweet. She suggested we meet for lunch and we met at a restaurant called Tully's (which was in the same shopping center that I took a LSAT review course the summer before my senior year of college).  It was me, my daughter, Marcia, her son and his friend.  I felt like I have known her forever. My daughter took these photos. It took a few before we got it right.  We had so much fun. This is the first blog friend that I have actually had an opportunity to meet in person.  It's really cool...I feel like I already know so much about her, so it didn't feel like we were meeting for the first time.  She is even more awesome in person.
Thank you Marcia again for everything!  We had a great time with you!!

You still look like a college student, Judy! Great pictures. It sounds like you had a great visit all around.

How fun to get to meet a blog friend! Sounds like your weekend was alot of fun.

(I once drove the 2 hours to Binghamton just to go to the Home Goods store! LOL)

Judy- What a great thing to have been able to meet a blog friend AND to re-visit your old school. I lived just across the border line from Binghamton (in PA) and often went there. Kind of makes me homesick....xo Diana ps...you sure were cute...AND turned into a beautiful woman!

I always love visiting my old haunts with my children. It's fun to share memories like that with them.

How exciting to meet a blogger buddy! And even more exciting to walk down memory lane. After 4 weeks of emails being ignored, I finally heard from Ugly Sofa and he said he mailed out my slip cover (again - lol), so I might actually get it after all this time!

Oh how special! I did the same thing with both my kids. Like you, I even visited my old dorm room. It's such a special experience.

I really like the way you write the post and help us with the information. Thank you for sharing this post. Please read my blogs too.
aviano copper protector review
creaclip review
peeps by carbon klean review
photostick
tiki tunes review