How to Make a String Bracelet

Last week we were in Cape Cod.  A Cape Cod vacation is filled with days at the beach.  We were with my brother-in-law, his two sons and his girlfriend as well as my mother-in-law.  My brother-in-law's girlfriend brought along an entire kit of fun for us.  She figured me and my daughter would love to make bracelets with her.  What she didn't count on was that all of the kids, even the three boys, would become obsessed with making these bracelets on the beach. She had an awesome box of embroidery thread to choose from as well as samples of all the bracelets we could make.  She created this kit when she was my daughter's age. 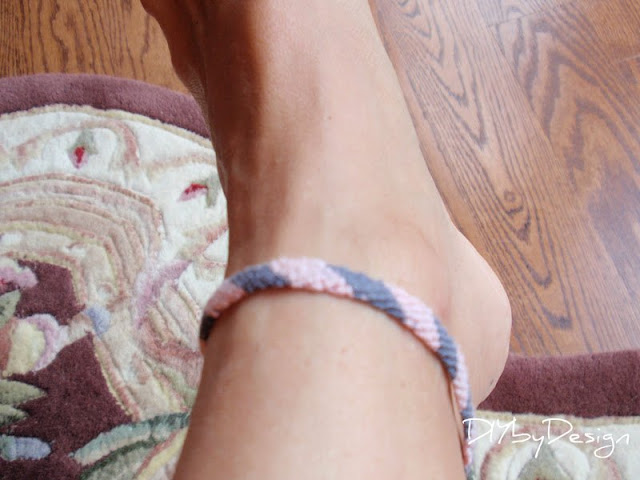 Here is the one of the ankle bracelets I made.  This is one of the easier stitches.
Here's all you have to do. 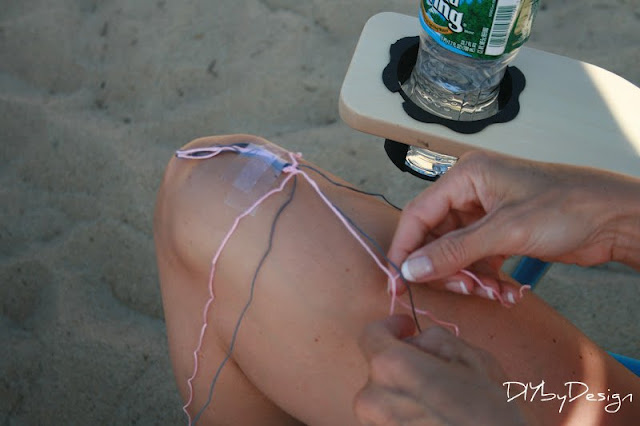 First determine how wide you want the bracelet to be.  This was a six string bracelet.  I used three pink and three gray.  I tied all six together with a knot and taped it to my leg.  Arrange the string so that the three pink and the three grey are next to each other.  The tape was a great idea.  When I used to make these, I would attach the bracelet I was working on to the inside of the plastic case.  This was much easier and I would just add more tape and the bracelet got longer.
It just makes the stitches more uniform. 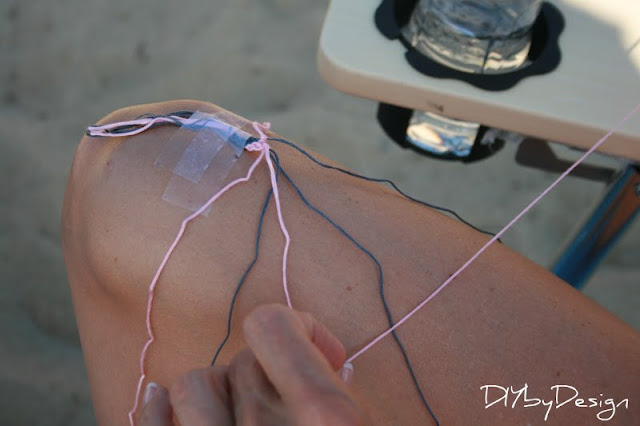 Starting on the left, take the first string and make the number "4" over the next string.
Tie off two knots this way. 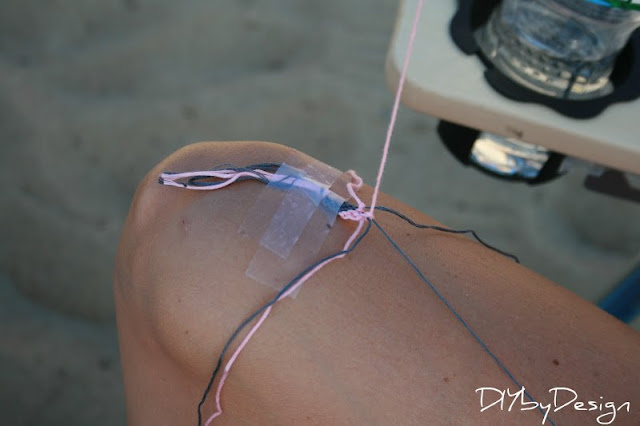 Simply continue with that string over the next five strings.  When you get to the end, start again with the next string all the way to the left.  It's really that easy. 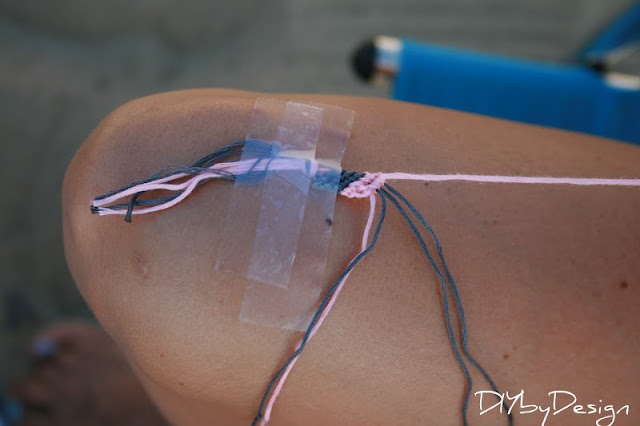 Just keep doing this over and over again until you get to the desired length (a bracelet is shorter than an ankle bracelet, so you can be done faster :)). 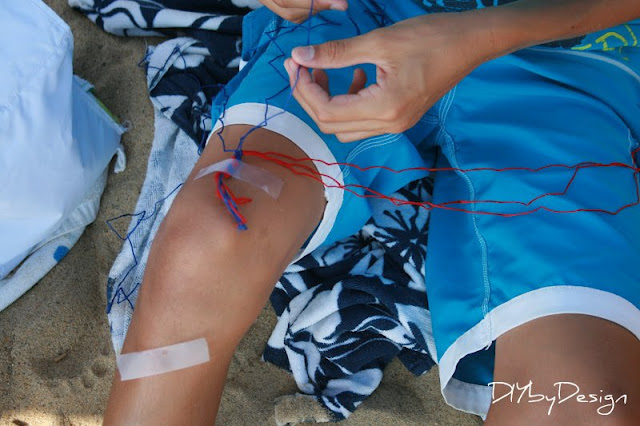 The kids really got into making these bracelets.  By the end of the trip they were cranking out a few a day.  It was a great way to spend some beautiful days at the beach.

Oh what fun! Looks like a perfect craft for the beach. I love that the boys enjoyed it as much as the girls.

Looks like a fun time for everyone. The beach, of course, is always a great vacation.

Takes me back to my college days!