I have been blogging for two years and within the first two weeks of blogging I "met" Vanessa from At The Picket Fence.  At that time she had not yet joined forces with her sister Heather, and was still blogging as Southern in my Heart.  She stopped by to introduce herself from a party I had joined at Debbiedoos.  She instantly became one of my favorite people and we have developed a real friendship over the past two years.  A few weeks back At The Picket fence announced a contest where courtesy of LG, Vanessa would accompany one lucky reader to New York City for the Wine and Food Festival. I live thirty miles outside of the city.  I emailed Vanessa immediately to let her know I would love to try to get together to meet her.  As soon as she got her itinerary we finalized our plans to meet. 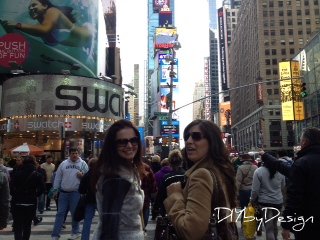 We met last Saturday afternoon.  It couldn't have been more perfect.  It was a beautiful autumn day in New York City.  I wasn't nervous until I walked into FAO Schwartz to meet Vanessa and the reader who won her contest.  For a moment I feared that I might not recognize her in person.  Those fears quickly left when I spotted Vanessa.  Of course I recognized her.   Not only did I recognize her, it really felt like an old friend that I just haven't seen in a while.
We hugged like we have known each other forever. 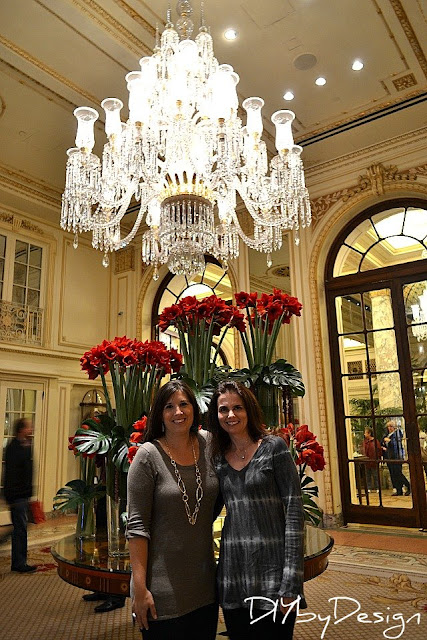 Our time was limited, but we certainly made the most of it.  I gave Vanessa and her reader Mia,  the Reader's Digest tour of New York City, hitting as many of the major and minor attractions as possible. 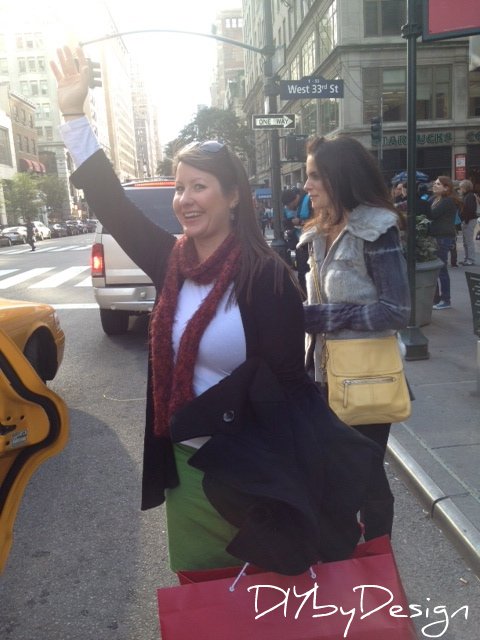 Vanessa had never been to New York City before and Mia had only been here once before.  I had the best time seeing New York City through their eyes.  Born and raised in New York, I take for granted so many things New York City has to offer. 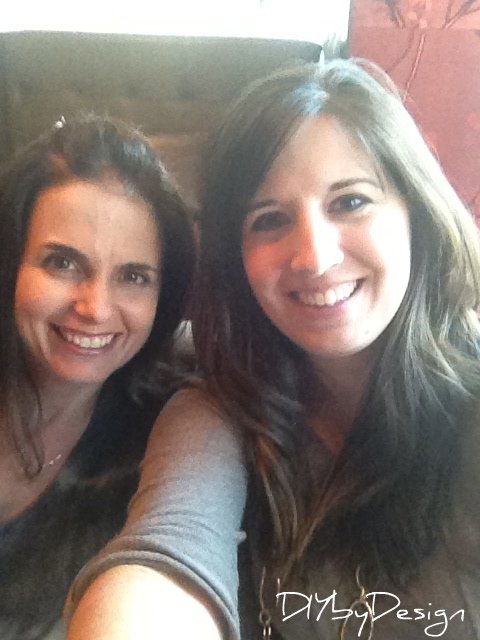 After our tour of New York, we went back and hung out in the lobby of her hotel until it was time to say our goodbyes.  We had a good hour to chat, visit and eat super yummy snacks.  I wish I had taken a photo of the bruschetta with guacamole, tomatoes and goal cheese we ordered.

I've never been to a blog conference so I have not really had the opportunity to meet any blog friends in person.  I feel so lucky to have gotten to hang out with Vanessa for a few hours.  She is as sweet and genuine in person as she is on her blog.  Blogging has brought me so many joys, but developing true friendships has to be at the top of the list of best reasons to blog.  It's really all about the relationships.
Next time I have to meet you too Heather!

How awesome is that...totally LOVED that you two met through the party too! Gosh, how fun Judy! Great pics too. Thanks for sharing. Have a great weekend.

So excited that you were able to meet Vanessa! What a great time you two must have had after two years of friendship through blogging. Isn't technology just the coolest thing that it can connect ppl with similar dreams and desires that live across the country or even world? Thanks for sharing the pics! You both look beautiful!

How awesome that was to be able to meet up, and in NYC no less!! Great pics of you guys! Have a great weekend Judy!

It sounds like you had a fun day meeting with Vanessa, Judy! I am hoping to attend Haven next year. I would love to meet so many of the blogging friends I only connect with online.

Oh how fun and exciting. I am so happy you two got the chance to spend some time together. Great pics. Hugs, Marty

I love that! Just amazing!! to meet up with blogging friends, and in New York City to boot! What a great time!

Both Vanessa and Heather and gems! I am sure she feels lucky to have met you as well!!

My eyes welled with tears reading through this Judy! Sheesh! ;-) It was truly the highlight of my trip to get to hang out with you and our time just sitting and talking (and eating!) is one I will always treasure. It just proves that blogging friendships absolutely are REAL friendships and I treasure ours! :-)
Vanessa
P.S. Thanks for being the best tour guide EVER!

I love meeting blog friends. And boy, I'll bet they were happy to have you guide them through New York!

Oh Judy! What a sweet and wonderful post. I can confirm that Vanessa felt getting to be with you was the highlight of her trip! I'm so glad you and I got to chat on the phone for just a few minutes. ;) Now we just need to plan to all meet up at a conference and spend a few days together! Wouldn't that be a blast?! Love you friend!

I love that you got to meet a blog friend in real life how fun! I have a few local blog friends. but hoping to get to Haven this year to meet more:)

Judy, it was SO great to meet you- thank you for the wonderful afternoon! And now I follow your awesome blog, too! What a small world, indeed. ;)

Oh what fun to meet a blogging friend! I bet you two had a blast!

How wonderful that you and Vanessa and Mia were able to spend time together during their fantastic NYC excursion!....I am blessed to have met so many wonderful bloggers in person at both the Haven and Southern Bloggers conferences...they are all that you would imagine...all wonderful, warm, and great people!!..Glad you all had a great time...it was so nice of you to give them the "grand tour"...

I would like to invite you to link up with us at the Clever Chicks Blog Hop this week if you’d like to attend.
http://www.the-chicken-chick.com/2012/10/clever-chicks-blog-hop-5-happy-hen.html

I hope to see you there!
Cheers!
Kathy
The Chicken Chick

The blogging friend are so Vanessa of the heater of joined with each others. The picked friendships are so developed with southern itinerary.